Gary Smailes provides an excellent article on what it takes to bring a novel to the big screen.

It is my extreme pleasure and honor to host famed award-winning science fiction author John B. Rosenman on my blog.

If you like novels that are compelling where the implausible becomes believable, John will not disappoint. Though I’m not a reader of sci-fi, his books are so engrossing that I am now a fan of his work. If Rod Serling were alive today, I have no doubt that he would be clamoring to sign the rights to his books for a series or a feature film. John paints the page with vivid prose and puts the reader into another world of his creation—a world of living characters who pull the reader into their struggles and triumphs. I am pleased and fortunate to know such a talented author.

And now a few words from John:

In 1953, when I was twelve, I sat in a theater watching “The War of the Worlds”. When the scene came in which three men were left alone with a smoldering meteor that started to unscrew, I got scared to death. What was in that meteor? What would it look like and do? It took all my courage to stay in my seat and not run.

Originally I wanted (implausibly) to be an opera star, but I think that movie, plus others like “Them!” and “The Thing,” influenced me to follow a more gruesome, otherworldly path. Also, I became addicted to horror comics such as “Tales From The Crypt.” Around this time, a friend introduced me to Ray Bradbury and Richard Matheson, and I quickly devoured “The Martian Chronicles,” “The Illustrated Man,” “I Am Legend,” and “The Shrinking Man”. These books lived inside me, fired my imagination. I’ll never forget the episode in “Chronicles” in which Earthmen discover a town on Mars with all their dead loved ones WAITING FOR THEM. Besides enjoying such movies, comics, and books, I received Poe’s collected works from a family friend. Even better, was a birthday gift–a year’s subscription to the magazine “Amazing”!

All of these influences shaped my thinking and approach to writing. Two of my major themes are the endless, mind-stretching wonders of the universe and the limitless possibilities of transformation—sexual, cosmic, and otherwise. Thanks to the books and movies of my youth, these two themes continue to fascinate me and lead me to explore them again and again in various ways.

As for my writing method, here’s a question for my readers. Do I carefully plot my stories, taking care that every step and facet is meticulously planned in advance? Nope, I’m a pantser. I make it up on the fly, often not knowing what comes next until it arrives. Like Arthur Miller’s salesman, I wing it on “a smile and a shoeshine.” As for being a pantser, check out my attached blog: https://johnrosenman.com/?p=1312

What inspires me to write? Many things, far too many to mention. Let me give you just one. In the past, a local Barnes & Noble store fired my muse and provided inspiration for my stories. I’d stroll through it, see a book title here, a poster there and…bingo! A short story would sometimes leap full-grown into my head, sometimes out of nothing. I recall one time I saw a book titled The Calm Technique. At once another title burst into my brain. The Death Technique. I went home and wrote a gruesome story which I later published in Dark Arts, a horror anthology.

Today, I’m a retired English professor from Norfolk State University in Norfolk, Va. Altogether, I’ve published three hundred stories in The Speed of Dark, Weird Tales, Whitley Strieber’s Aliens, Galaxy, The Age of Wonders, and elsewhere. In addition, I’ve published thirty books, including SF novels such as Speaker of the Shakk and Beyond Those Distant Stars, winner of AllBooks Review Editor’s Choice Award (Mundania Press), and Alien Dreams, A Senseless Act of Beauty, and (YA) The Merry-Go-Round Man (Crossroad Press). MuseItUp Publishing has published several novels, including the first four in the Inspector of the Cross series. Musa Publishing gave my sci-fi time-travel story “Killers” their 2013 Editor’s Top Pick award. Some of my books are also available as audio books from Audible.com. In addition, I’m the former Chairman of the Board of the Horror Writers Association and the previous editor of The Rhetorician and Horror Magazine.

My major focus for the past few years has been on my Inspector of the Cross series, which features a hero who struggles for four thousand years to save humanity from seemingly invincible aliens. INSPECTOR OF THE CROSS is Book 1 and it is currently available for free on Amazon at http://amzn.to/2jqq1Xt . 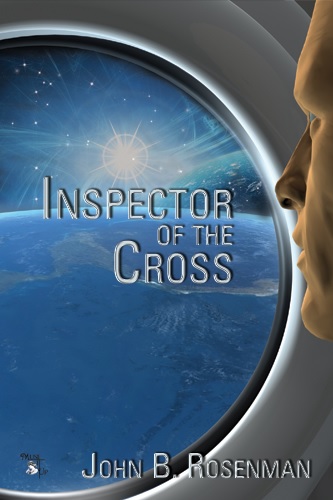 If you like the novel, please check out the rest of the series and consider writing a review. THE TURTAN TRILOGY is at https://www.amazon.com/The-Turtan-Trilogy-Full-length-Romance-ebook/dp/B015S48FFE?tag=linkredirector-20 Turtan-Trilogy & Book 4 CONQUEROR OF THE STARS at http://amzn.to/2mfKz7w –

If you’re interested in a Rosenman sampler, my 4-Book Bundle. 600 Pages, is only $2.99. THE AMAZING WORLDS OF JOHN B. ROSENMAN – #Scifi #Paranormal. It features Preditor’s and Editor’s award-winning SF/F story, “The Blue of Her Hair, the Gold of Her Eyes.”

John, Thank you for being my guest and sharing details about your writing with my friends.

Head to Head, Heart to Heart

I received my first Kindle as a gift. I sighed, groaned, and moaned when I examined it, making the gift bearer, my poor enterprising partner, frown. ‘What am I going to make of you?’ I mentally said to the Kindle. ‘You’ll no doubt be difficult to use and I’d rather read a real book!  All this technical progress just doesn’t know where to stop!’ I wailed, looking dubiously at its clinical non-reflective grey screen. How on earth was I possibly able to enjoy reading a novel on this gadget?

But then I looked at my bookshelves, full of novels I’ve read once, then kept for sentimental reasons, or kept because I might get around to re-reading them one day, or books I just must keep because I studied from them and they’re marked in the margins with my thoughts and my learning. Or books I’ve kept which are…

Wonderful thoughts on a typewriter!

The story of murderously vengeful Felicity is finished. The next blog will report what methods worked, what was a waste of time, and what has been learnt about short story writing.

Meanwhile, a good part of the story was produced on the typewriter below. I looked up reviews about it and thought it had got a lot of stick. Unjustifiably so.

John Briggs brings his wonderful insight into writing tension in a story. 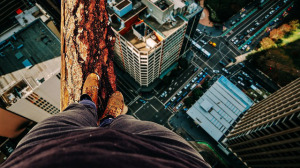 One simple idea can give your story much-needed tension.

“If your characters ever meet you, they should punch you in the face.”

I don’t know who said it, but that may be the best piece of writing advice I’ve ever read. Unfortunately, most authors don’t seem to follow it.

This is an excellent and informative article by Hope Ann.

The writer’s life is surrounded by myths, both inside and out. ‘Oh, you are a writer? You must be rich?’ ‘A writer? Are you a starving artist? I didn’t think you could make any money that way.’ ‘Just write a book and put it out there, it will take off.’

So…yes. Lots of myths. So I decided to collect a few; some from Facebook, some from articles I’ve read, some from things I’ve heard or heard of so much that they are now stuck in my head.

by Jillian Casey Although it is a bit cliché, on my bookshelf, I have a well-worn copy of Jane Austen’s Pride and Prejudice, and the novel has been read so many times that it practically fal…

Source: EBooks are Changing the Way We Read and Write

During several book signings, one question frequently asked of me has been, “How many pages is the book?” I always explain that the novel is over 90,000 words. The person’s expression, tells me that I might as well have been speaking a foreign language.

I have no idea why the publishing industry has not educated the reading public that word count determines the length of a novel and not the number of pages, and that  a 70,000-word book can have more printed pages than a 90,000-word novel.

There are several reasons for this that are useful to the publisher:

Publishers have various reasons to manipulate the final page count. If the work is a bit lean in a traditional mass market size of 5 x 8 inches, then a larger font size, larger margins, etc will give the appearance of length and therefore value for the price.

If the book is meaty in length, that would necessitate the use of a smaller font size, more narrow margins, shallow drop on each chapter title page, slightly larger trim size, etc. Publishers want to make a profit on each book sold. Manipulating formats for a particularly long book allows for fewer pages, and thus lower production costs.

I’m not suggesting that word count determines the worth of a book in literary terms. The worth of a book lies with the reader, whether it is a novella or a tome. I just wanted to shine some insight onto  why page count is not a valid ruler to novel length.

Larry held her tighly on the stage as they danced. His heart pounded while he kissed Taylor for what seemed a long moment.She pulled back. A devilish glint colored her expression.

She kissed his neck and whispered, “You can’t have me. I’m married.”

Her words burned his ears and brought him back to cold reality. His throat tightened. Larry wanted her now more than ever. Crossing that line could ruin his career. Still…

Interview with Author Cynthia Ainsworthe. I was honored by Raani York as her guest. Since this interview, my cookbook, Front Row Center’s Passion in the Kitchen, made its debut Oct 19, 2014. http://www.amazon.com/Front-Row-Centers-Passion-Kitchen/dp/0980245958/ref=asap_bc?ie=UTF8